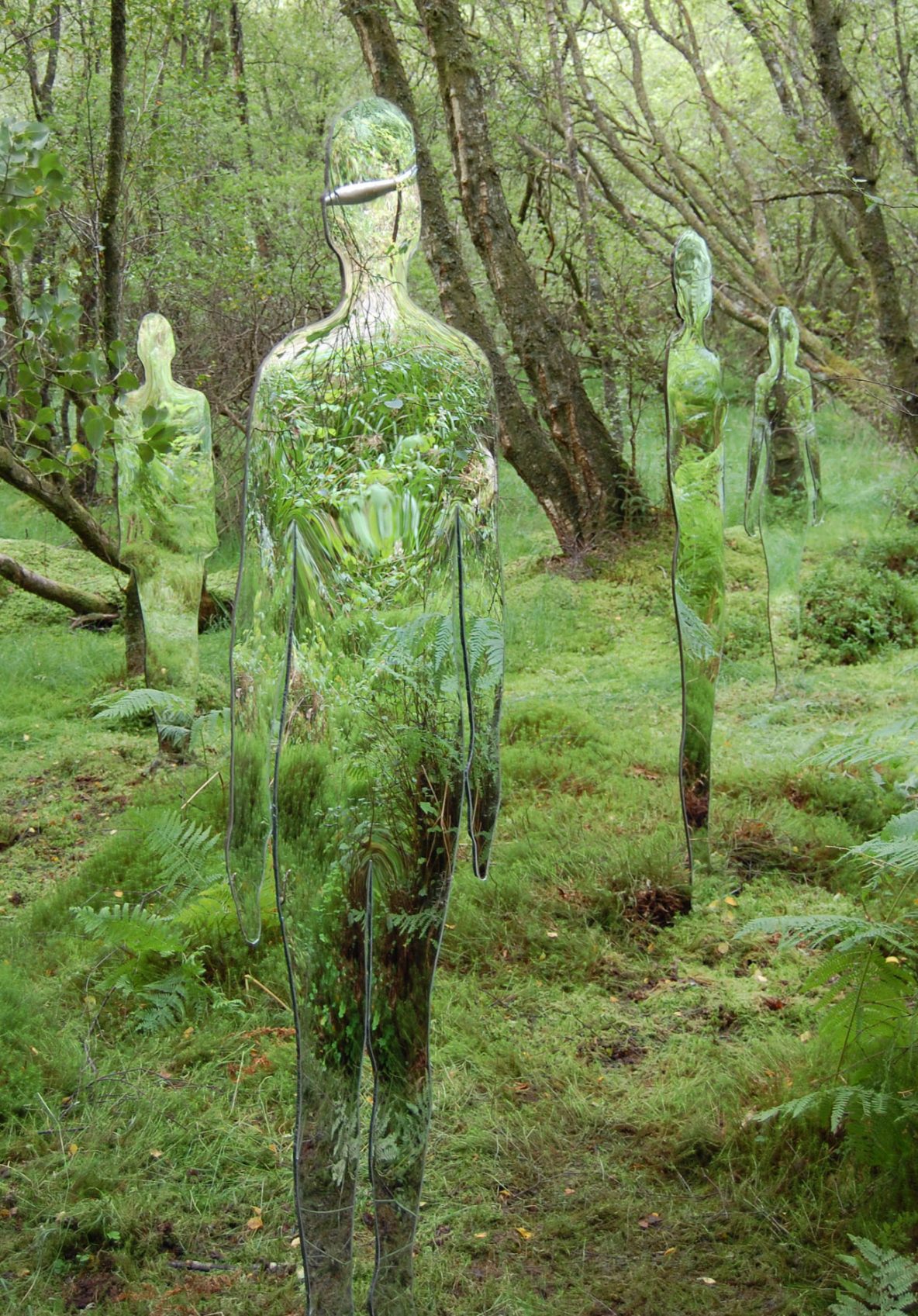 The story behind the piece
The essence of who we are as individuals in relation to others and our environment, forms a strong aspect of my artistic practise.

In Vestige I wanted to explore this relationship further by creating a group, a community within the protective elements of the woods, reflecting the past inhabitants of the space.

Before the First World War this area of Scotland was open hillside with small sheep farming Crofts [ farms ] and rural communities. The crofters were moved to other land by the government as there was a desperate need for timber after the war. The area was planted with fast growing conifer trees suitable for harvesting softwood and the landscape altered once again.

You can still see the faint outlines of the crofts and past settlements within the forest. This intrigued me and I wanted to find a visual form that would represent the past inhabitants of this land.

The six male and female figures represent a vestige, a faint trace of the past people and communities that once occupied and lived in this space. The figures absorb their environment, reflecting in their surface the daily changes of life in the forest. They create a visual notion of non – space, a void, as if they are at one moment part of our world and then, as they fade into the forest, they become an intangible outline.

The human desire to leave a trace of ones-self for future generations has always intrigued me. It’s a driving force to create and leave a semblance of our-selves as individuals and society. The reflective figures ask us to look again and consider the symbiotic relationship we have with our natural and man-made environment.