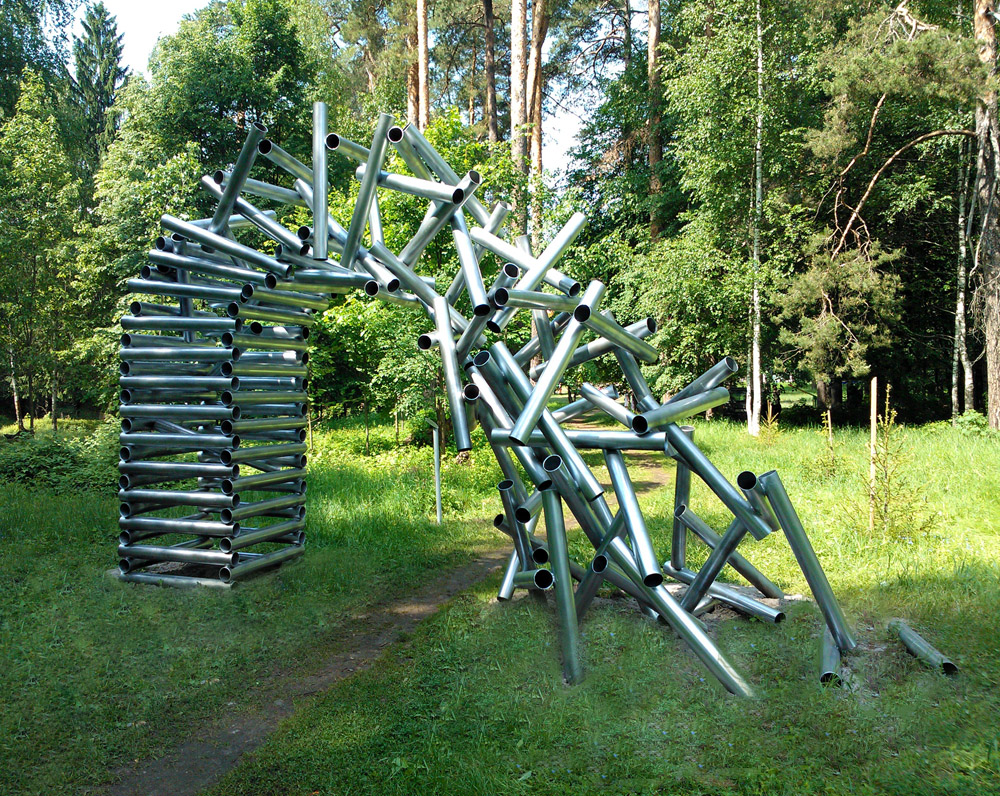 Rob was invited by the curators of International Arts Residence in Moscow to create a landmark sculpture for the new International Sculpture Park in Vyksa, Russia. The event was co-ordinated as part of the 2013 Art – Ovrag International Festival which involved over 300 visual artists and performers in dance and music from over the world.

The main challenge was create a large sculpture in just 5 days to be ready for the opening of the Festival on the 31st of May. Normally this size of sculpture would take at least 4 weeks to complete, but Rob had to complete two other large scale installations in Germany and France just prior to his visit to Russia. So with an extremely tight schedule Rob arrived at the end of May firstly in Moscow, then onward to Vyksa to commence work on sculpture ‘Random act of desconstructivism’

The commission brief was to create a link with 20th century Russian Avant-garde and present contemporary art aesthetics. Rob was drawn to the work of Russian Constructivists for inspiration, particularly sculptors Tatlin and Gabo. With this historical reference Rob decided to design a de-constructed tower. The aim was to create a constructivist inspired tower which had succumbed to forces of gravity and force. The interplay with man-made structures and the unpredictable aspects of nature represent the aspects of order and chaos associated with the manifesto of de-constructivism. This concept also represents the continued human relationship with the natural world. As we try to control and distort our environment we are learning that nature responds in ever more unpredictable ways.