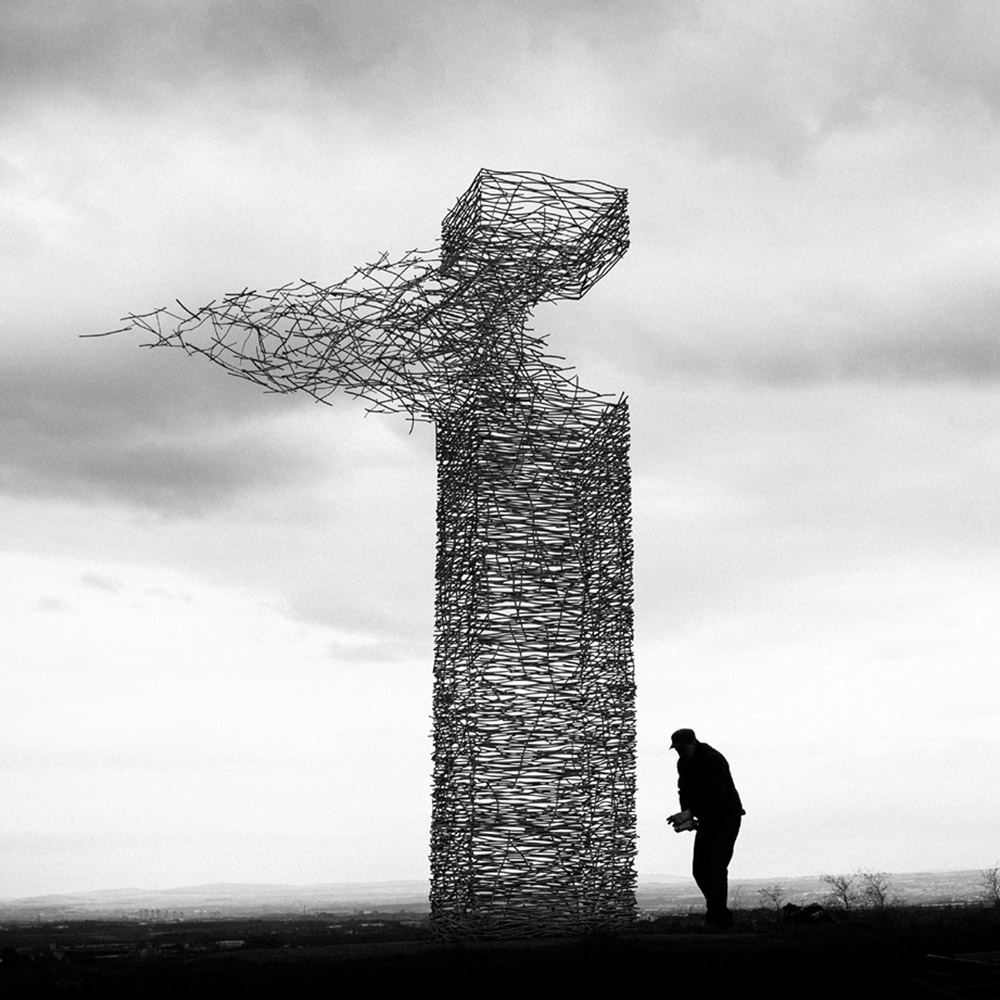 The story behind the piece

The artistic concepts of Constructivism and De-constructivism have always intrigued Rob. Earlier in his career he was drawn to the manifesto of the Russian Constructivist Vladimir Tatlin, in particular his Monument to the Third International [ 1919 ] ‘Tatlin’s Tower.’ Rob was interested in this fusion of Architecture and Fine Art as a social and political statement.

With Skytower Rob refers to this manifesto, in particular the vein of utilitarian art established by Tatlin and Rodchenko in the period up to the Constructivist exhibition at the 1922 Russische Ausstellung in Berlin.

Skytower, while referring to constructivist ideology also aims to introduce the factors of natural chaos and de-construction. This balance between order and chaos, force and reaction is observed and reflected in Skytower.

The challenges involved in making outdoor installations and public artworks are numerous, but the most crucial aspect to consider is the weather and the elements. With this in mind Rob was inspired on his first visit to the location to create something which reflected the power of nature. The windswept hillside is only about six hundred feet above sea level, but he was struck by commanding views and the openness and scale of the landscape and distant sky.

The tower stretches up into the sky some 6 metres, silhouetted against the skyline overlooking Central Scotland. The sculpture is made from cut lengths of metal rod which have been shaped to resemble sticks and willow. Each metal rod is welded and interwoven to create the structure, with over six thousand welds and fourteen hundred metres of steel rod.

It is purposefully geometric with references to standing monolithic stones and historical architectural structures. This man–made structure battles against the elements on a windswept hillside. In a moment an unseen force, a sudden gust of wind, an unstoppable force of nature rips through the fragile structure scattering the branches and re-shaping the tower. This moment of flux is captured and frozen in time. The image defies gravity as the sticks are suspended, floating in mid-air. In a sense one loses control over the structure, it becomes an active element of the environment as it reacts to the power of nature.

Skytower could be asking the viewer to consider the fragility of man-made structures, as civilisation endeavours to push the boundaries of physics and construction methods in Architecture. Rob asks us to consider the relationship and balance that we have with nature. The clear message is that nature will endure and control our destiny regardless of what technological advances human kind makes.

In 2014 ‘Skytower’ was received the GAGA award for architecture.