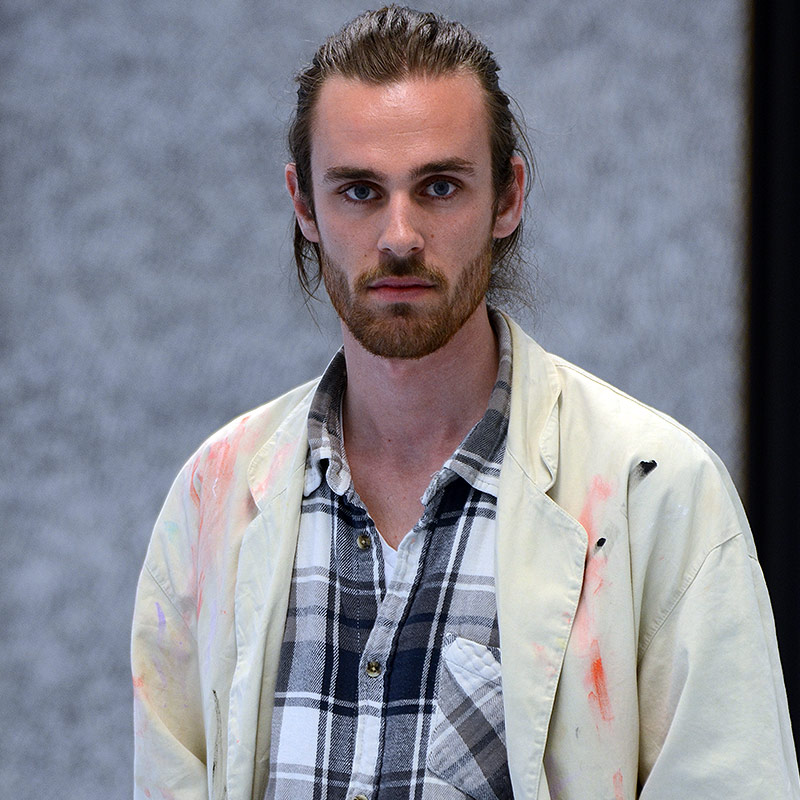 William Rosewood, a talented twenty-three year old artist. He discovered the world of art when he was little. He was always exploring new things, designing and looking for solutions. When Rosewood was sixteen years old he started his own clothing business. Having no business experience beforehand, he had thrown himself into the deep end, working on meetings, sponsorships and promotion on his own. When he turned 17 he attended the Willem de Kooning Academy. Here Rosewood learned the artistry in commercial image-making. Whilst he graduated in February 2015 he got his bachelors degree in fine arts, he doesn’t have any fond memories of his time at the academy. Rosewood became rebellious towards the simple-minded ideas that were generally accepted. Assuredly he went against the grain and maintained and created his own perception. He developed a particular interest in exploring and pushing the limit of what is possible. This expressed itself not only in painting, but also in experimenting with different materials. Rosewood developed a characteristic style in which he combines the usage of unconventional materials such as blood with large visualisations. Rosewood’s strength can be found in his ability to combine art with his entrepreneurial skills. He takes pleasure into working together with different artists, focusing on their expertise whilst creating art together. In June 2015 Rosewood began to work on his first exhibition: ‘The Richness of nature we destroy’.This series focuses on nature’s strength that often is underestimated and forgotten. Here Rosewood combines death with 24 carat gold to symbolise the resurrection of nature’s richness. After his own Exhibition in Miami called Goldrush the 25th of february he experienced a lot of attention for a young artist doing what he loves the most, telling his story through art. Later this year he travelled throughout the UAE and produced new collections: PI=INFINITY, She Loves Me She Loves Me Not and Verum Colores.