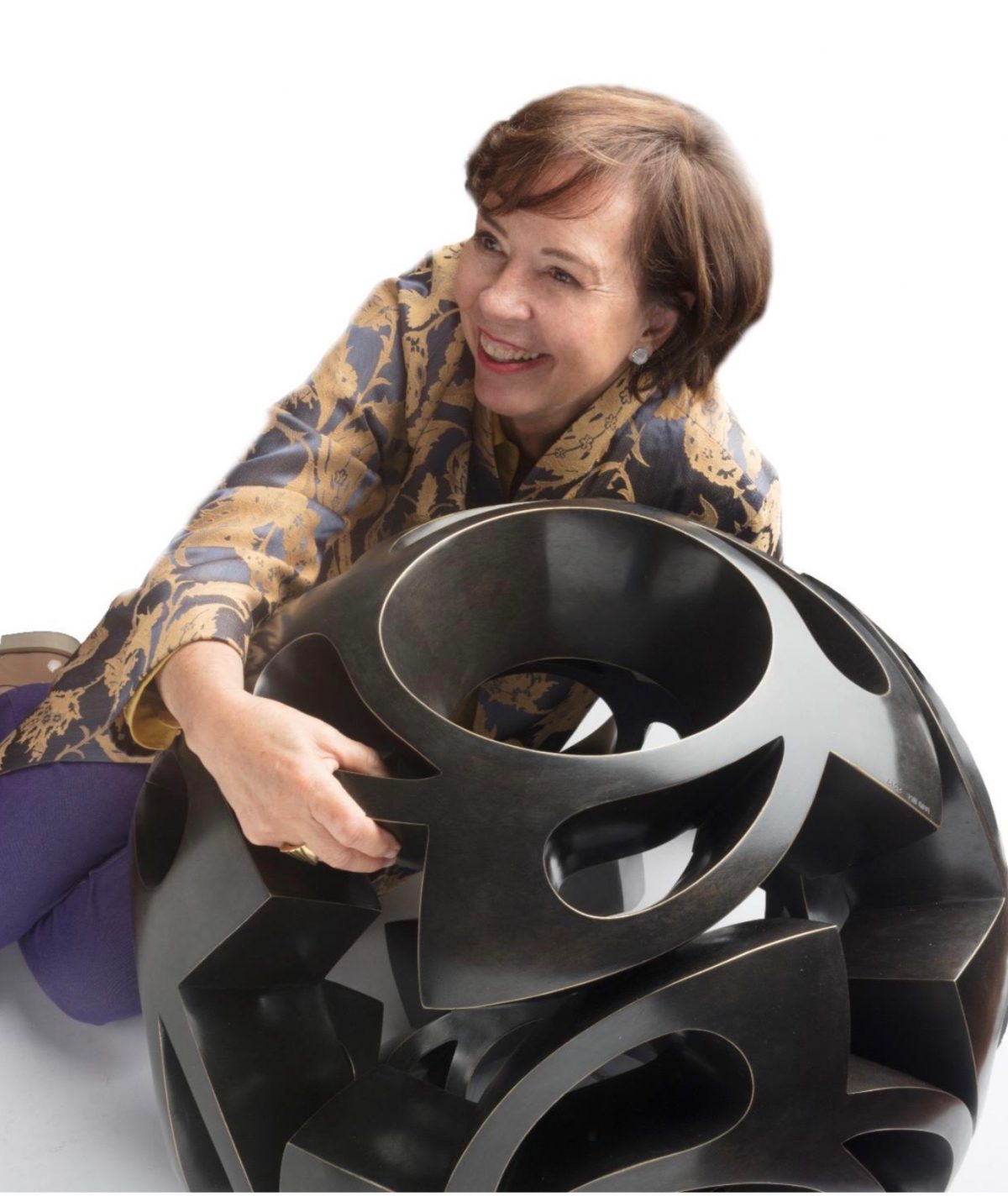 Born in Mexico City in 1946, Yvonne Domenge studied fine arts at the Outremont School, in Montreal, Canada, at the Corcoran School of Art, in Washington D.C., and in private workshops with Somsy Smuthart, Alberto Pérez Soria and Kitzia Hoffman in Mexico City.

She has been a member of the National System of Art Creators and of the Academy of Arts both projects belonging to the Ministry of Culture in Mexico.

She was awarded a Discovery Grant for a residency as mentor at The Banff Center for Arts and Creativity, in Alberta, Canada, 1997-1999.

Her awards and distinctions include, among others:

Some of her work is now part of the collections of the most important museums in modern and contemporary art in Mexico: the Museum of Modern Art, Mexico City, and the Museum of Contemporary Art, Monterrey. The National Palace in Mexico City exhibits her large- scale piece of art Listones de la Emperatriz. In addition, other of her large-scale pieces can be appreciated at different public areas in Mexico: the National Institute of Nuclear Investigations, State of Mexico; Plaza Galerías, Cuernavaca, Morelos; Galerías Guadalajara, Jalisco; Lomas de Angelópolis, Puebla, Puebla.

Her work Olas de viento represented Mexico in the Vancouver International Sculpture Biennial (2009-2011). Afterwards, it was taken to Houston, Texas, for the celebration of the centennial of Hermann Park, and is now part of the collection of The Woodlands Development, also in Houston.

From April 2010 to October 2012, six large-scale sculptures were installed in Millennium Park, Chicago, at the Boeing Gallery, for the exhibition Interconnected. These sculptures are now exhibited and placed in the sculpture collections of parks and cities across the United States, including the McNichols Building, Denver, Colorado; Nathan Manilow Sculpture Park, Chicago, Illinois; Freedom Park, Atlanta, Georgia; and the Public Safety and Courts building, Fort Worth, Texas.

In 2014, her sculpture Conocimiento was installed at the campus of the Michigan State University, Michigan, USA.

In 2015, Coral Coquino, a 2mt diameter piece, was installed as a permanent urban sculpture for Canary Warf United Kingdom.

In 2016, her piece Coral was installed as an urban sculpture in one of the Foster’s Residences Projects, Saqqara in Monterrey, Nuevo Leon, Mexico.

In 2016, during the celebration of the 80th anniversary of the Instituto Politécnico Nacional, in Mexico City, Domenge was honored for her career and contribution to the art of sculpture.

In 2017, she participated in the International Colloquium on City, Art and Public Space, held in Mexico City, in the Rufino Tamayo Museum.

Her last exhibition was in May 2018, in the Museum of Abstract Art, Manuel Felguérez in Zacatecas, Mexico.