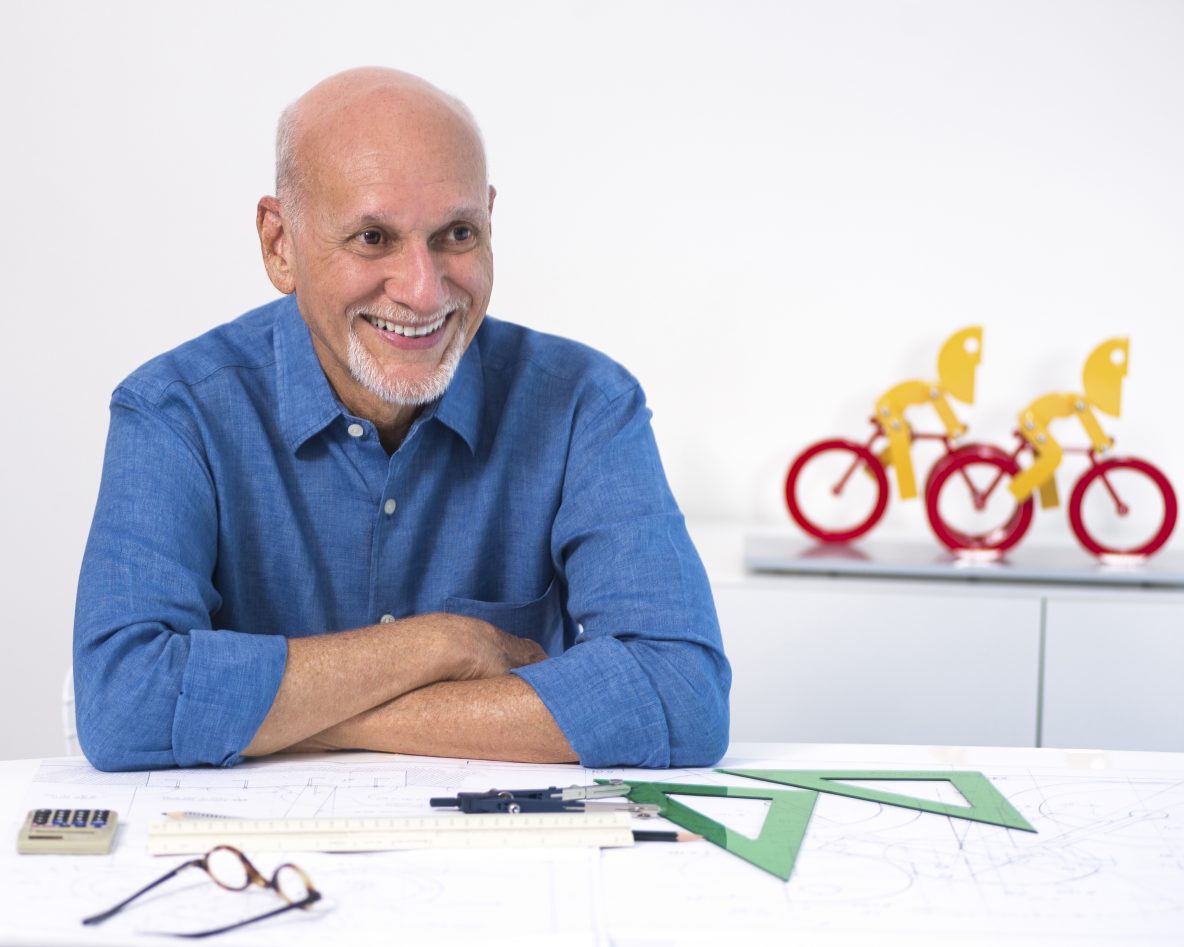 Jorge Blanco (b. 1945) is an international artist who has created a distinctive sculptural language over more than forty years. His art values a positive lifestyle. Jorge creates soaring testaments to the optimism of everyday life. Blanco’s trademark subject is an abstracted figure that is at once recognizable and joyful. His numerous large format public art sculptures may be seen across the globe. In addition to public art, Blanco continues his life trajectory by making collectible sculptures.

Blanco has a 1971 degree in industrial design from the prestigious Neumann Institute of Design in Caracas, Venezuela. He learned to integrate industrial design with creative processes under the mentorship of instructors who were predominately artists, such as Gego and Cornelis Zitman.

Immediately after graduation Blanco dove into his career as a sculptor, freelance graphic designer, and furniture designer. In the late 70’s, he studied at Rome’s Academy of Fine Arts. During his stay in Europe, Blanco also discovered the world of cartoonists, which led him to create the most iconic comic strip in Venezuela’s history, “El Náufrago” (The Castaway). Click here for more about The Castaway.

In 1980, “The Castaway” made its debut in El Diario de Caracas. The strip’s main character, “The Castaway,” rapidly became a beloved hallmark. Eight books have been published on Blanco’s “The Castaway.” For over thirty years, Blanco’s heartfelt stories have delighted viewers. These black and white vignettes offer scenes that celebrate philosophical whimsy and human imagination.

Blanco has also illustrated more than twenty storybooks for children and countless educational books. His accomplishments as an illustrator led him to a science, art and technology center, “Children’s Museum” (Museo de los Niños), where he served as Creative Director for twenty years. During Blanco’s directorship at the Museum, his sculptural work evolved from darker expressions on political ideologies and existentialist absurdity into bright and energetic dialogs supporting newfound values. Love, music, dance, sports and humor motivate Blanco’s widely known oeuvre.

Throughout his career, Jorge Blanco has designed purposefully. Blanco’s work embraces scale, landscape, urbanism and technology. In a singular fashion, his art, with its striking colors and impressive scale, imbues the surrounding landscape, architecture, and social context with an unforgettable joyful aura. Look closely at his subtle and distinctly personal visual lexicon and you will spot the influence of Alexander Calder, Paul Klee and Joan Miro among others. Yet there is nothing derivative about his emblematic and geometric abstractions. They are a direct response and addition to each site.

Blanco’s largest body of work has been created and fabricated in the United States. He utilizes the best practices, processes, and fabrication standards for outdoor and smaller scale work and have increasingly high values in auction houses such as Sotheby’s, Phillips & Christie’s.

Jorge has lived and worked in Sarasota, Florida since 1999 and has won many public art commissions in different cities in his adopted country. He has also created numerous works for private collectors in the United States and in different parts of the world.